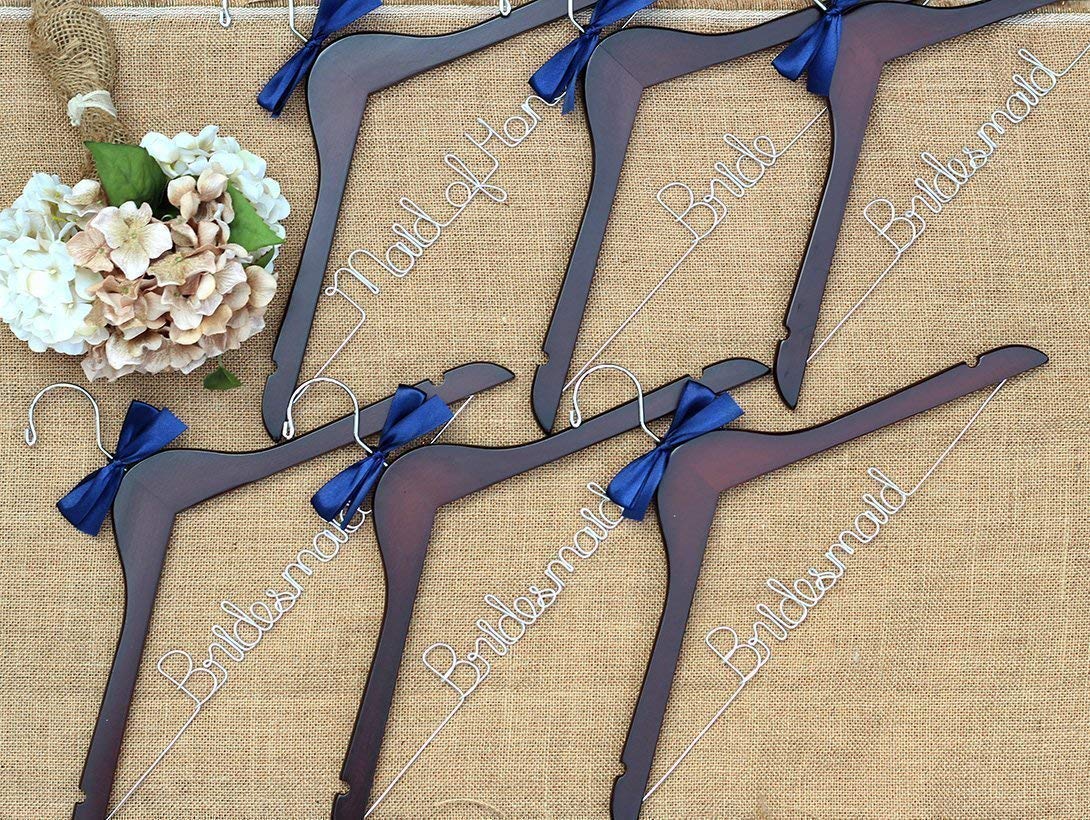 Your wedding dress is an important part of your special day! Why not hang it on a beautiful hanger, personalized for you? My custom hangers are perfect for wedding dress photos and bridal party gifts and they make a wonderful wedding keepsake.

"li"If the name + Mrs is more than 16 characters I will separate it into two lines. Please don't purchase the second (top) line in this case!