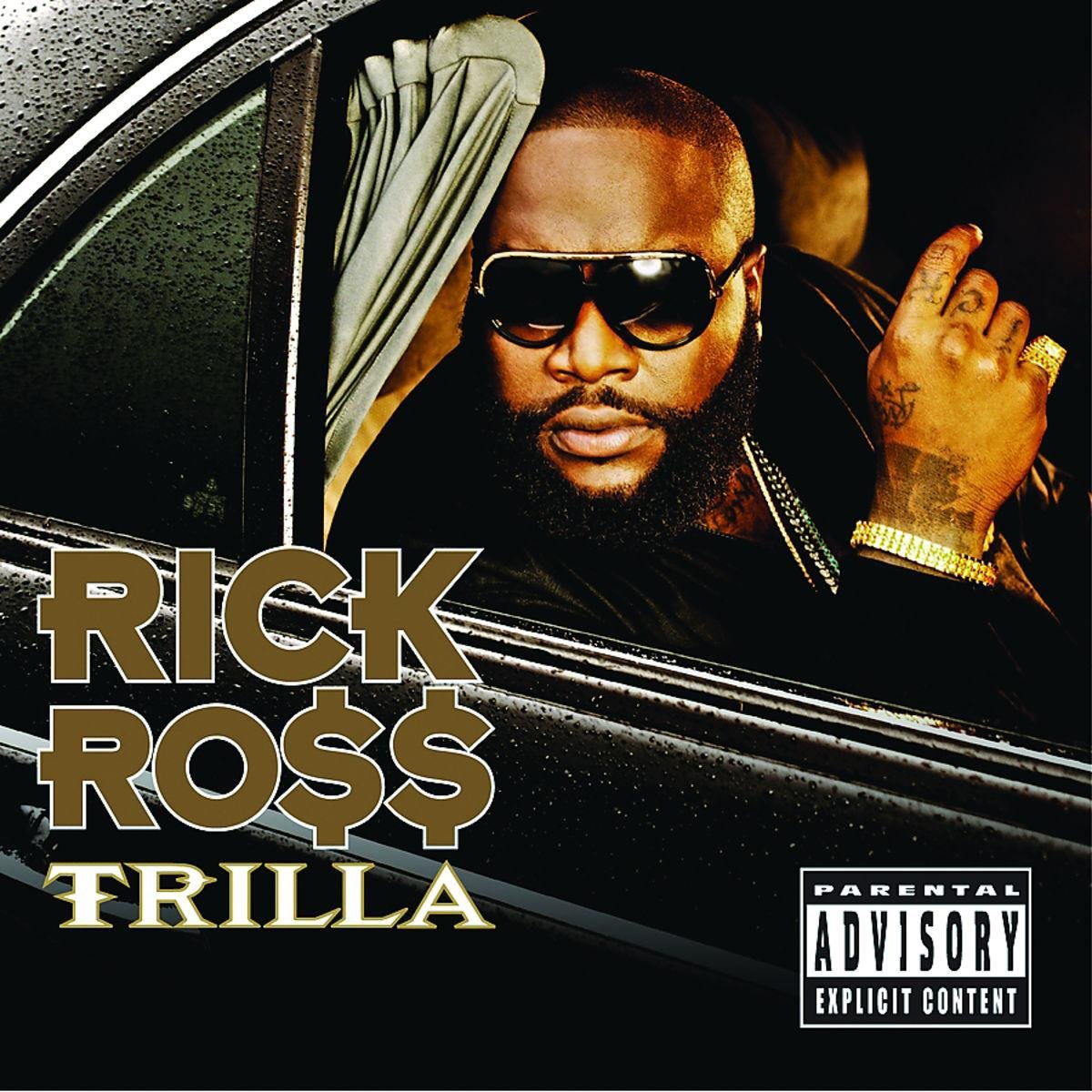 Explicit Version of this second album by Miami (by way of Haiti) Rapper Rick Ross is one of the most hotly anticipated sophomore releases. This collection is a more than respectable follow-up to his monster debut. The album--produced by J-Rock, the Runners, Cool amp; Dre, and others--features the hit single "Speedin'," with guest singer R. Kelly.

Busting open Urban and Rhythmic radio for TRILLA is Rick's new single release, "The Boss," featuring T-Pain. "The Boss" was produced by JR Rotem, L.A.-based hitmaker for Sean Kingston, The Game, Snoop Dogg, Jennifer Lopez, Chamillionare, and others. The new single moves up to #20-bullet on both the Ramp;R/BDS and Mediabase Urban charts.The song's Hot 100 audience is also building, now at 17 million with 2,300 spins.

With "The Boss" video charting at #9 on BET's "106 amp; Park" countdown last week, Ross headed out on a whirlwind promotion, starting in Chicago, then making stops throughout the South in Memphis, Atlanta, Chattanooga, Birmingham, Columbus, Montgomery, Greensboro, Raleigh, Washington DC, Charlotte, and Columbia, South Carolina. He is scheduled to appear on ABC's Jimmy Kimmel Live next Thursday night, March 13th. Online, his personal "TrillaWorld" blog is in its third week of operation. His website shows more than 13.9 million profile views, and over 357,000 friends, with an amazing 22.4 million total plays.

Back in 2006, "Hustlin'" became the first mastertone ever certified platinum by the RIAA for sales of 1 million copies before the associated album had even been released. A remix was subsequently issued, featuring Jay-Z and Young Jeezy. The second single from Port Of Miami was "Push It," whose movie soundtrack excerpts (circa 1990) from Giorgio Moroder's "Scarface (Push It To The Limit)," evoked the gritty soul of a city that is always on the edge of exploding. Port Of Miami (released August 2006) entered the Soundscan chart at #1 with impressive first week sales of 187,000 units.

With the album's success, six-foot-two, 300-pound Rick Ross - who was first signed to Trick Daddy's Miami-based Slip N' Slide records in 2001 - came into hiw own. A "hip-hop heavyweight," was how the New York Times described him. "The number one ghostwriter in the South," was how he described himself and his work behind the scenes for all those years. "I'm bridging the gap between the South and the East Coast," he told Rolling Stone. "The sound is real Dirty South. But I'm spittin' hard, to where the East Coast appreciates it." All eyes are now on Rick Ross, as TRILLA underscores the promise of one of today's premiere hip-hop voices.

TERRA NOVA Award–winning outdoor equipment, including the world’s lightest tents, which are used in some of the most extreme environments across the planet. All products are designed in the UK with the most specialist tents also manufactured at our Derbyshire base.

WILD COUNTRY Tents designed for people seeking the perfect combination of reliability, simplicity of use and affordability whether experienced or first time campers. All products are designed in the UK, and by the same development team as the Terra Nova brand.

EXTREMITIES is the choice specialist brand for head, hand and foot protection that has been designed in the UK for over 35 years. Used by outdoor enthusiasts looking for hats, gloves, socks and gaiters that perform in all conditions, whether extreme environments or the daily commute.

FIELD CANDY is a funky outdoor leisure brand designed to bring some stylish flair to the outdoors.